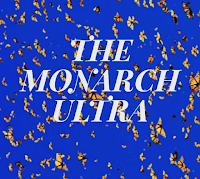 Each time I open the Monarch Ultra website the first thing to pop up is the countdown clock. There’s nothing like a visual of time ticking down to jump start anticipation, and in talking with the creators of this race I feel the growing excitement.
The Monarch Ultra is a marathon run that follows the monarch migration south—just what I was planning to do, though not on foot. And in a brilliant stroke of kismet for me, the journey will bring them right through Fort Wayne, Indiana, my current roost.
The forty-seven day race will start in Peterborough, Ontario, follow the flight path of monarchs down the central flyway, and culminate in the Sierra Madre mountain range of Mexico. That’s more than 2,600 miles across three countries, various time zones, and changes in seasonal weather.
The goals of the project are to celebrate the strength and resilience of both butterflies and runners, and to engage citizens in the important work of conserving biodiversity on our shared continent. While welcome receptions and events are planned all along the route, there is still need for support stops and encouragement in many areas.
Deep into training, coordinating schedules, and orchestrating their lives beyond the Monarch Ultra, Clay Williams, the race director, and Carlotta James, the race founder, carved out time to talk with me.

Carlotta is a pollinator advocate and co-owner of Three Sisters Native Landscaping, a social enterprise dedicated to rewilding urban spaces with pollinator plants. She’s also an ultra runner, on the trails in Peterborough, Ontario, regularly, which gives her plenty of time to notice the natural world around her.

Her twin passions gave her the idea to develop the Monarch Ultra, a trans-continental race from Canada to Mexico following the southward migration path of the monarch butterflies. Two years ago she met with race director Clay Williams and documentary film make Rodney Fuentes to invite them to take part in her dream. When we chatted by phone, Carlotta explained that she envisions the project as the life cycle of a monarch.
The egg
The idea hatched, a kickstarter fund was created, and the trio headed off to drive the entire route the runners will take. Carlotta and Clay wanted to ensure the safety of runners as well as the integrity of the monarch route, which doesn’t track only major highways but also waterways and trails. Along the way they stopped to meet with citizen scientists, wildlife and land preservation staff, and other passionate people who’ve taken an interest in the project.
The caterpillar
The team returned and got busy recruiting sponsors, drafting proposals, doing interviews, and attracting the attention of folks all over Canada, the United States and Mexico. Just as the monarch caterpillar has many sets of legs, so to this determined group, who continued to train and participate in  other races while this project gained momentum.
The chrysalis
Carlotta emphasized this is the hardest part for her, and I heard the energy—both nervous and excited—resonating as she explained this is when her dream transforms into a reality. There was a point of no return recently, when she and Clay needed to decide if they had the runners, funds, and equipment ready to take the leap this year.
In her list of ways they needed to be prepared she didn’t mention passion or desire—it’s clear they have that in abundance. As I wrote her words, I wondered if I could get in shape to run a 31-mile leg of this race. That’s a no since I haven’t run in nearly four decades, but her enthusiasm and devotion were contagious across the digital miles.
She took a deep breath and exhaled, “And soon it will be time to take flight!”
The migration
Carlotta told me that this is the stage  in which she feels most vulnerable, giving me the image of the newly eclosed monarch, wet-winged and tentative, but already destined for a beautiful journey.
It’s a creative process, she said. One that is personal to her. She mentioned the fickle nature of social media’s expression of humanity. She’s received fantastic support from friends and family and a majority of the virtual correspondents on the Monarch Ultra facebook pages and website. But she’s not hesitant to point out that sometimes there is criticism. She, like many of us who share our passions with the virtual world, feels the impact of a stray negative assault, but it’s only a glancing blow. She told me, pride and confidence emanating from her, that she chooses to rise above. She’s got this.
We chat about a few details, as I plan to meet the team when they come to Fort Wayne, and tag along for a few hundred miles. It’s a very cool phenomenon for me: chasing my wonder as it leads Carlotta and all of the runners on a chase of their own.

The day I spoke with Clay Williams by phone he sounded perfectly healthy. Happy even. But for the previous two days he’d been running races. A 50-mile trail race one day, and a half marathon the next. Yet his enthusiasm about running and the Monarch Ultra was high. Was he crazy? Nah. Just a guy with great passion. And stamina, apparently. We talked about the North Country Trail he ran in Michigan, and the beauty of trail running.
I asked him how he got involved in the Monarch Ultra and he jokingly said he thought it might’ve been peer pressure. Pretty quickly it became obvious this was someone who wouldn’t need a lot of convincing to take on a project like this. He’s strikingly ambitious and determined.
A relative newbie to running, he took it up in his forties to get in better shape, and said the first race finish was cathartic for him. Soon he was running marathons and in 2008 he attempted his first 100-mile race. He didn’t finish that one but came back in 2009 to complete a 100 miler, and then a 48-hour, 138-mile race in which he took first place for males. In a follow up message Clay told me that race had a sixty-one thousand foot elevation gain. 61,000 feet? I messaged back, to clarify. Surely I misunderstood. Nope.
His reply was simply, “Up and down a ski hill 56 times.”
In 2015 he created and ran the Canal Pursuit for Mental health, logging 420 miles in 7-1/2 days. In 2016 he ran it again but slower and a little longer, 485 miles in 13 days. This particular race is a passion project for Clay, as his family has experienced loss and mood disorders, and he’s become an advocate for mental health awareness and education.
“There’s some kind of redemption in ultra running. Granted it’s self inflicted pain and suffering, but to take my mind and body through that and come out the other side is empowering.”
Clay’s an engineer and told me that he looks forward to each day and mapping out the race logistics. He’s also involved in recruiting and organizing the runners, which doesn’t seem easy as the race crosses national borders, state lines, and a variety of cultures and languages.
He originally envisioned the Monarch Ultra being fully funded and each leg occupied by at least one runner, and possibly even setting a world record. While they’ve recruited an impressive number of sponsors and donors for the project they don’t have all the race legs filled. In fact there are a few sections where several consecutive days have no runner. Clay says he and Carlotta will take turns running those legs, or at least large sections of them, to ensure the integrity of the ultra.
I asked him what he imagines the best result of this project will be. His answer was individual citizen action.
“To be voices in elections, in purchasing day to day, and even one person can plant milkweed. And lucky would be to be able to talk to legislative members to make real, local change.”
We wrapped the call and I looked at my watch. It was early, just becoming cocktail hour. But Clay had told me when we set up the call he needed to be done by 7:30 because he wakes every morning at 3:30am. I imagine him running in the quiet pre-dawn, before even the butterflies stir. Chasing a wonder only he can see.

Read More about the Monarch Ultra in Fort Wayne: